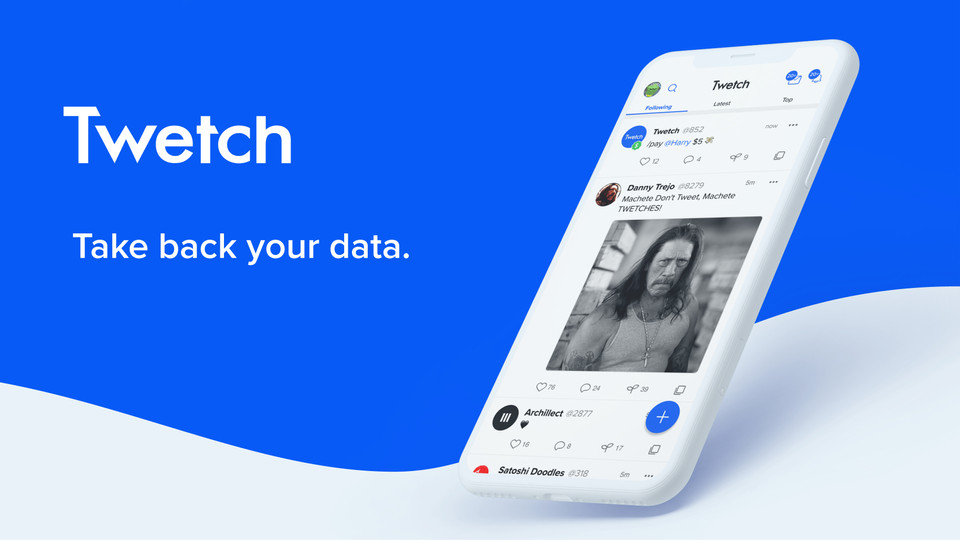 Twetch is a decentralized social media network running on Bitcoin SV. Launched in February 2019, Twetch looks and feels like Twitter, but with some important differences that make it a compelling alternative. The killer feature? You earn money every time someone interacts with your content 🤑 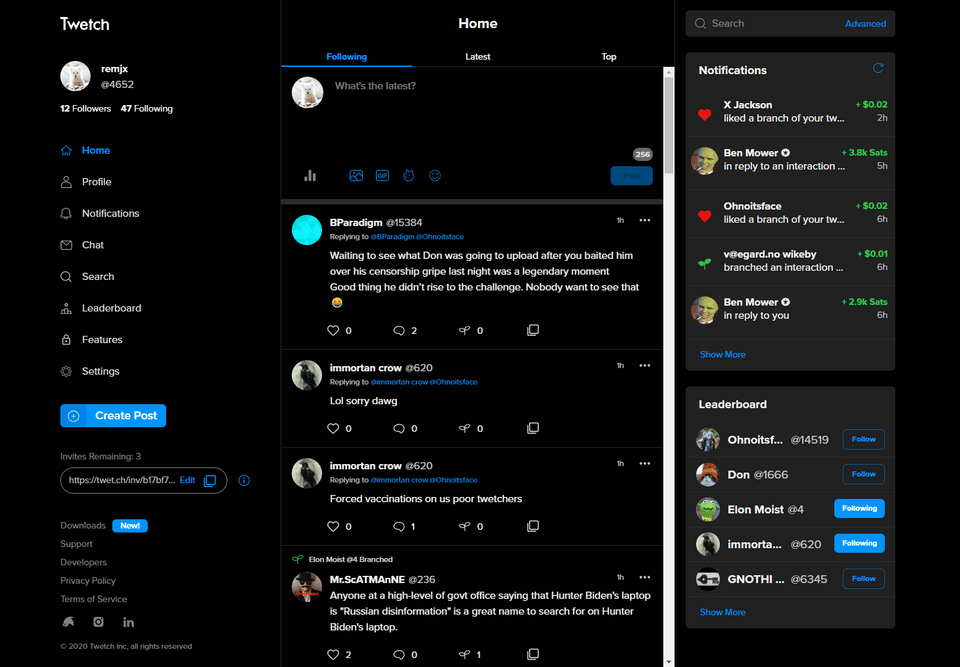 What is Bitcoin SV?

Bitcoin SV (BSV) is the blockchain and currency used by Twetch. It works under the hood and is mostly invisible to the user.

The important thing to know is that Bitcoin SV is a version of Bitcoin whose primary differentiator is its unlimited block size. Whereas Bitcoin (BTC) and Bitcoin Cash (BCH) have fixed block size limits (1MB and 32MB respectively), Bitcoin SV (BSV) removes the limit entirely. With big blocks, it is possible for users to make low-fee microtransactions (fractions of a cent) and host data on-chain.

Twetch utilizes these capabilities of Bitcoin SV's as we shall see.

What's wrong with Twitter? Is @jack evil? Why use Twetch? Let's dive in 🤿

Every user interaction on Twetch is a BSV transaction under the hood. This means every Post, Like, and Reply is public, timestamped, and immutable.

For example, this is the Bitcoin transaction that represents this Twetch post: 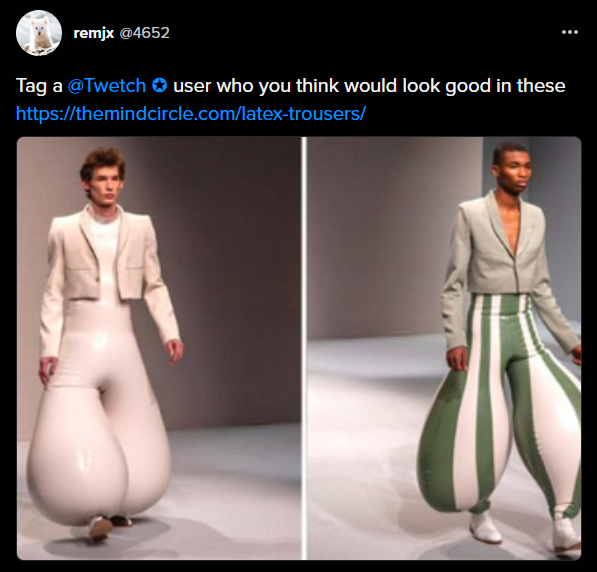 This independence of data increases competition and transparency while reducing monopolistic network effects. If Twetch implements a policy its users don't like (e.g. censoring posts, banning users), the user data is still publicly available. Anyone can leverage the public data and create their own version of Twetch that doesn't implement those disagreeable business policies. Under the current centralized models of Twitter and Facebook, if you don't like their policies, your only option is to leave.

Twetch has a built-in economic system based on microtransactions.

As it stands today:

A tiny fraction of these costs go to the Bitcoin miners, ~20% goes to Twetch, and the other ~80% goes to the user you are interacting with. Because the interactions are transactions are on Bitcoin, payouts are instant.

For example, for every 25 Likes, you earn $1. For every 100 new Followers, you earn $8. Scale up or down as necessary based on your popularity and meme abilities 😉

And it goes further. If Person A branches to your post, and Person B interacts with the branch, you split the earnings from Person B's interaction with Person A.

Note: interaction fees are set by Twetch and have lowered as the userbase has increased. I expect them to continue tweaking the incentive structure, but I don't expect any drastic changes.

There are no advertisements on Twetch. As mentioned above, Twetch earns a small commission from each user interaction. There are also optional paid features such as Dark Mode and Advanced Search: 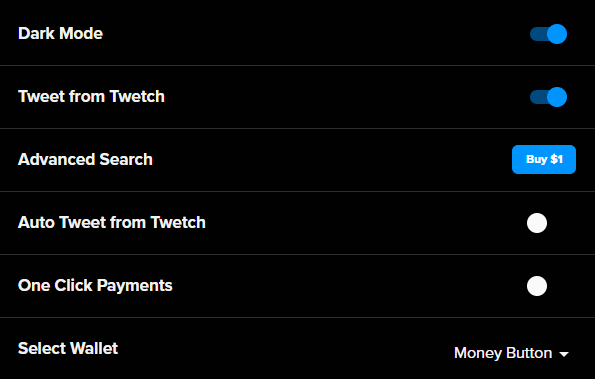 Chat privately with end-to-end encrypted messaging. There is a one-time fee of $9.99 to initiate chats, but if someone else initiates the chat, it's free. There are no limits on number of chats or number of messages within a chat. It also has group chats. Click here to learn how it works at a technical level.

Twetch Market is a place to buy and sell Bitcoin NFTs. Currently, it only supports NFTs that have been airdropped by the Twetch team.

There is no "catch", but there are some downsides:

Twitter users should not expect to ditch it anytime soon, but Twetch provides some utility that Twitter does not. Making money off each interaction is an innovative concept with a definite future in certain applications.

It really comes down to utilizing each platform for its unique communities and capabilities.

If Twetch sounds interesting to you, try it out. Try to earn some money from your followers. Get indoctrinated by the memes: 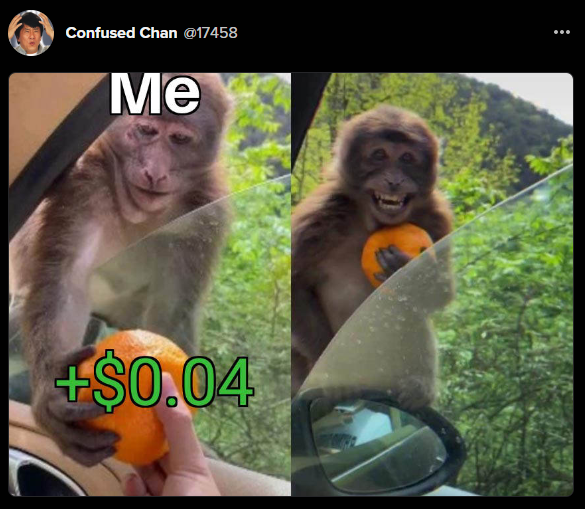 Just kidding about the last one. But if you want a glimpse at what the future of social media might look like, Twetch is definitely worth checking out.

How to get started

Twetch is now open for public sign-up. If you use my invite link, I'll get 10% of all Twetch's earnings from your posts in perpetuity.

Once you create an account, you'll need to fund your wallet with Bitcoin SV (BSV) in order to start twetching.

Ready to buy some Bitcoin SV!? I recommend buying at least $10 to start with. There are many ways to buy BSV. Here are some options in the order that I recommend:

In Twetch, go to "Wallet" > "Receive Money" and copy your wallet address. Send the BSV you just purchased to this wallet.

You should see your Wallet Balance is no longer $0.00. Now you're ready to Twetch! 🚀

Here are some of my favorites:

There are built in commands that you can use as part of any post:

On Twitter, reply @twetchdat to any post, and the twetchdat bot will convert it into a Twetch post which effectively archives it on Bitcoin. For example, 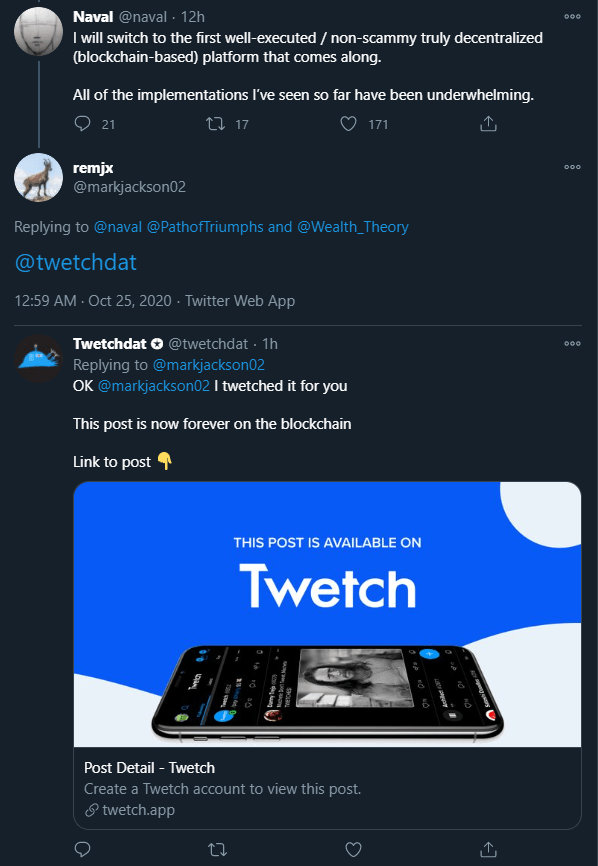 The official twetch-js package can be used to create interactions programmatically.

If you still have questions, PXL-3000 created a Twetch Q&A Megathread. Post your question there!

Feel free to reach out to me on Twitter or Twetch for any comments, questions, or corrections on this article.

Thanks, and Welcome to Decentralized Social Media! 🚀

This post was originally published in October 2020. I will try to keep it up to date as things change so it will still be a useful guide for new users.